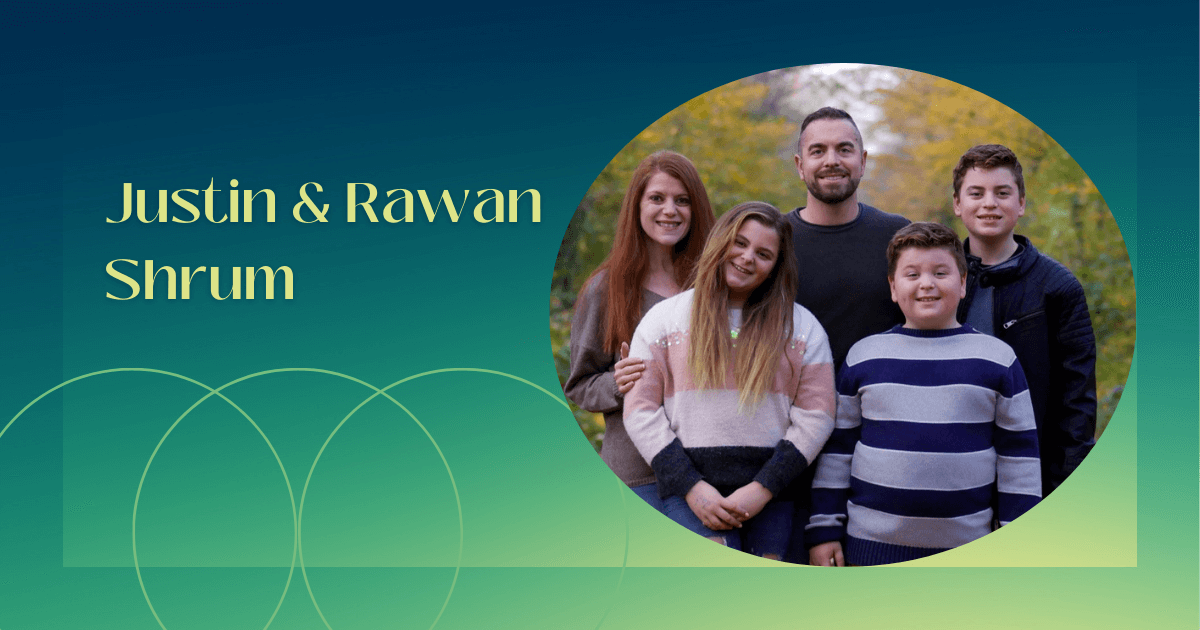 Justin and Rawan Shrum moved their family to Germany in 2010 for the purpose of fighting against the dark industry of human trafficking and to help those who are being exploited within the European sex trade. Together with a team of internationals, they reach out to women working on the streets and in brothels, identifying those who need help to leave the sex industry. The women in their care participate in a recovery program that focuses on helping them deal with the trauma of their past while preparing them for their future. Justin and Rawan have three children: Luke, Angelia, and Lincoln. Thank you for supporting the Shrum family! Your gifts make it possible for them to live in Germany and follow their passion of helping those who need it the most.

How The Justice Project Started

In 2006, Justin and Rawan heard a story of a Nigerian woman who had come Europe to be a nanny. When she arrived, her traffickers took her passport and forced her into prostitution to pay back her travel debt. When the woman sought help from a Christian ministry, they turned to the local police for assistance. To their shock, the police told them that there was nothing they could do to help her because this sort of criminal activity is controlled by the mafia. The woman disappeared the next day.

When Justin and Rawan heard the story of this Nigerian woman, they had an unshakable conviction that they were called to do something for others like her. This led them to pioneer The Justice Project. In 2010 they moved to Karlsruhe, Germany, to begin that work.

The practical work of The Justice Project began with volunteers reaching out to women working in Karlsruhe’s red-light district and surrounding brothels. In 2011 they held a “Beauty Day Event,” inviting the women to receive free professional beauty treatments and get to know the team. The response to this event was positive and the women asked if they could come and meet regularly to talk about their problems and get help on various levels. As a result, The Justice Project opened a drop-in counseling center called “Mariposa Women’s Café” in 2015. Mariposa is the Spanish word for “butterfly” and is a symbol of endurance, change, hope, and new life. Mariposa works to connect women in prostitution to free professional service providers (for example doctors, lawyers, language teachers, debt counselors and trauma therapists).

While the work of Mariposa was developing, The Justice Project opened a safe house and recovery program. The focus was victims of human trafficking who needed anonymous housing and specialized care. In 2016, four Nigerian women who had escaped from their traffickers came to the safe house. This led to the founding of a second counseling center called Oasis. Oasis specifically operates to identify and provide services to Nigerian victims of trafficking within the refugee receiving center in Karlsruhe. Thanks to professional partnerships with government workers, NGOs, churches, businesses and individual sponsors, these affected women can find real help and begin their journey to recovery.

For these women, getting to Europe becomes a nightmare on many levels. If they survive the journey through the desert and sea, their souls are broken by the time they set foot in Europe and learn that the job that was waiting for them never existed. They are then forced into prostitution, which is presented as the only opportunity to start repaying their travel debt. In addition, many of those who come have sworn a ritual oath to pay back the debt and not to speak with the police about their debt-bondage. If they do not fulfill their oath, they are tormented physically and mentally.

Our Oasis counseling center and housing facility is a symbol of hope and a place of rest. In addition to safe housing, it provides a holistic program that equips the women to integrate into German culture. They can also begin to process the trauma of their past while German officials review their asylum applications.

Justin is completing his masters in integrative theology, specializing in social justice, at London School of Theology. He recently wrote a paper on the narratives used to describe sex trafficking and prostitution and the consideration of how the Bible speaks to these narratives (read it here). The second paper considers the role African Traditional Religion’s cosmology plays in the juju rituals practiced by those who traffic Nigerian women (available here).

Enter the amount you would like to charge to your card every month:

To make a one time gift, select the button below: